In 2014, Malcolm Havard and I collaborated on a collection of WW1 stories that became a Christmas No 1 best seller in Amazon anthologies. It was called It Never Was Worthwhile and, for reasons too complicated to go into, it's now out of print. All This Way for a Shilling includes all of my stories from that collection, along with several new new ones added to span two world wars.

The title of this collection came from an unusual quarter. More than half a century ago I built an Airfix model. Well, actually I built more Airfix models than it was possible for one mother to dust*. There's nothing remotely uncommon about this, but this particular model was of a 1910 B Type bus, and it stuck in my memory. Seized with septuagenarian nostalgia, I went searching for - and found - one on ebay, unbuilt and complete.

Discarding the provided (liberally chalked) cardboard planking, I decided to make my own using coffee stirrers and applying my own, somewhat less polite, graffiti. The idea of scrawling "All this way for a shilling" had appealing irony, so it became the principal slogan adorning the left of the upper deck. The epithet kept revolving in my mind, eventually turning into a poem** and then a song***

The title for my upcoming collection of war stories had troubled me for some time. Here was the solution.

The collection's title stands on two feet, one of which will be familiar to most, the other less so.

Taking the King's/Queen's shilling is a long-standing tradition in the British armed forces. It was originally an advance of the first day's pay to allow the new recruit to equip himself, but later became an essential element of the contract*.

I didn’t sleep so well last night
It seems a week since when
The rolling barrage started up
And all us muddy men
Heard the whistles
Went up the ladders
Were mostly dead by half past ten
But you have to go to show you’re willing
Miss Minnie made a man of me
All this way for a shilling.

As to the reference to Miss Minnie Love in the short** extract from the poem above, she was a music hall singer who popularised the recruiting song that features the refrain: On Saturdays I'm willing, if you'll only take the shilling, to make a man of any one of you.

* Contrary to popular belief, this isn't why pewter tankards have glass bottoms.
** Thank me later 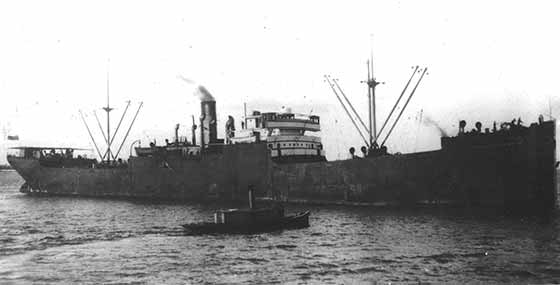 A new story written for this collection, PQ17 is a dramatised account of the abandonment of this Arctic convoy in 1942. The circumstances behind the withdrawal of Royal Navy protection are complex, and I have no right or wish to pass judgment. But withdraw they did, leaving an undefended feast for the U-boats.

Throughout I've tried to stick to hourly developments and to use, wherever possible, my imagining of the real people involved. Much of the action takes place on board the American-built Liberty Ship Empire Byron, but we also watch the tragedy unfold from below on board U-703, and above from the cockpit of a Heinkel HeIII. 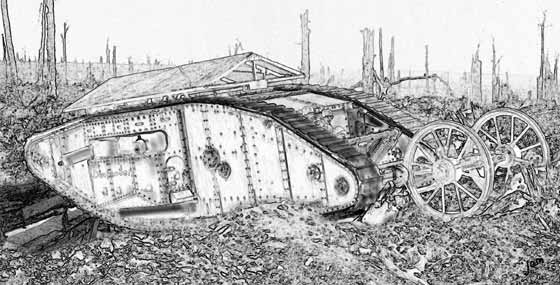 Mark I tanks weren't comfortable. The driver and commander enjoyed the luxury of rudimentary seats; everyone else perched wherever space allowed. Sharing their quarters was a sixteen-litre petrol engine that developed similar power to a small, modern family saloon car. It did, however produce more noise than a decibel duel between Hawkwind and Spinal Tap. It also belched enough carbon monoxide into its interior to cause severe poisoning symptoms. On the plus side, the crew seldom suffered from cold as internal temperatures frequently exceeded 50° C.

The example in this story was named Deafender due to a sign painter's mistake, but left uncorrected for easily guessable reasons. 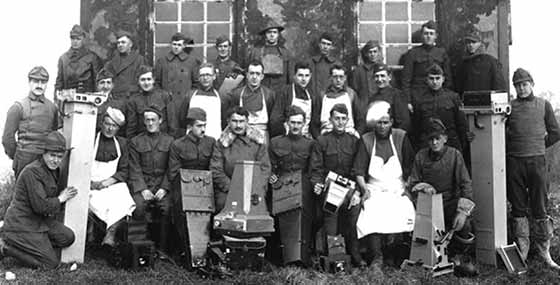 War is hell, but not all the time

I came across a picture of an American balloon reconnaissance group and found myself wondering what stories gave rise to it. Why was that chap wearing a sailor's hat? What smeared the head of the man in the apron? Who's the confident-looking guy at front and centre?

And so a two-part story was born: The Miraumont Photographic Society. It's my imagining of how a group of young men, bored and far from home, do crazy things to avoid going crazy.

And it reveals the secret of what goes on in Brownie Peters' hut. Read more...> 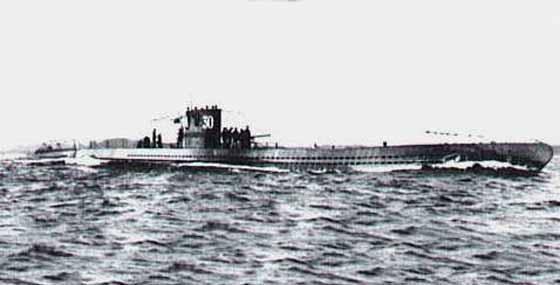 The Agony of Command

Based on a true story, U-30 follows the last hours of the S.S. Athenia, the first British ship to be sunk in WW2.

U-30 was commanded by Oberleutnant Fritz Lemp. In 1939, Hitler still hoped for a peaceful settlement with Britain and forbade attacks on merchantmen and, surprisingly, battleships. When U-30 fetched the wake of Athenia, it encountered a darkened ship that appeared to be zig-zagging, implying a man-of-war. Lemp took time to confirm the appearance before finally ordering an attack.

German propaganda suppressed the event, effectively making Lemp immune to punishment, but the mistake tortured him for the remainder of his life. 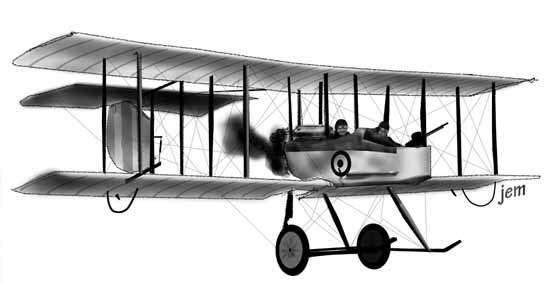 What goes through a pilot's mind as he sits in his cramped, freezing cockpit? As his head turns constantly, looking for the dancing speck that can turn so suddenly into swooping death, are his thoughts of death in a foreign land or life in the warm safety of home?

Or is he just considering the fate of his chocolate?

The Vickers F.B.5 Gunbus was one of several compromise designs to resolve the problem of firing forward through the propeller arc. If the pilot was chilly, his observer was even more exposed, crouched in a shallow tub without so much as a windscreen to huddle behind.

As to the pilot's thoughts, spoiler alert: it's all about the chocolate. 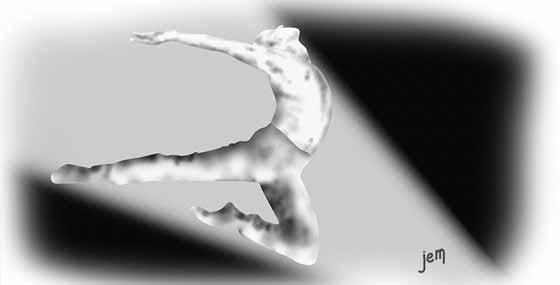 I've been accused of stereotyping in this story of a ballet dancer from the Paris Opéra. I'm open to the possibility that it may well be a fair criticism, though that certainly wasn't my intention. Billy's character is based on an outrageously camp - and gloriously funny - theatrical dresser I met some years ago. It was inevitable that he'd one day find his place in a story, and here he is. Think Quentin Crisp meets All Quiet on the Western Front and you'll be heading in the right direction.

The story isn't intended to shock or offend; it's a glimpse of how prejudice rubbed against openness a century ago. And of how courage isn't a product of orientation. 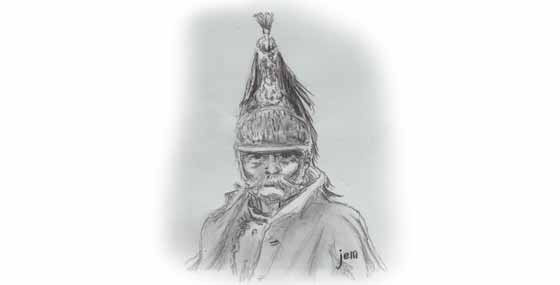 In the early part of WW1, the uniforms of much of the French army were rooted in the wars of the previous century. The Cuirassiers, in their polished breastplates, plumed helmets and massive horses, were a strange anachronism alongside the dun battledresses among which they stood.

Gilles is a young infantryman who becomes intrigued by an old man who rides the road every day, in full armour - and in full view of enemy snipers - on a tiny horse. He becomes friends with old Maillard, a baker's assistant with proud memories of fighting the Prussians more than forty years ago. 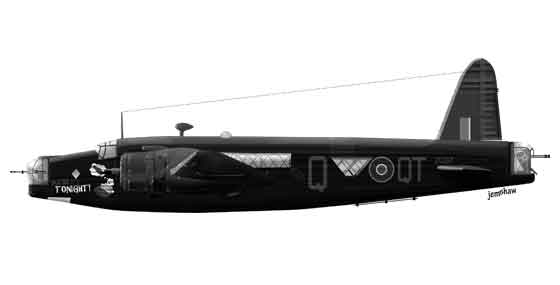 This is an episode from a book that's currently stalled, but will one day be completed. Probably. I began writing Maybe It's Tonight somewhere around 2017 and all went well at first. Then I painted myself into a corner when I decided to switch my crew from the steady, dependable Wellington to the desperately underdeveloped Manchester. I'm still not sure why. It's a good yarn though, so it's definitely on the list for resumption.

In First Mission we accompany young Harry Sallis as he perches uncomfortably on the dickey seat of a Vickers Wellington bound for Trondheim. As second pilot he has nothing much to do other than pump oil, but his first sortie provides plenty to keep him occupied.