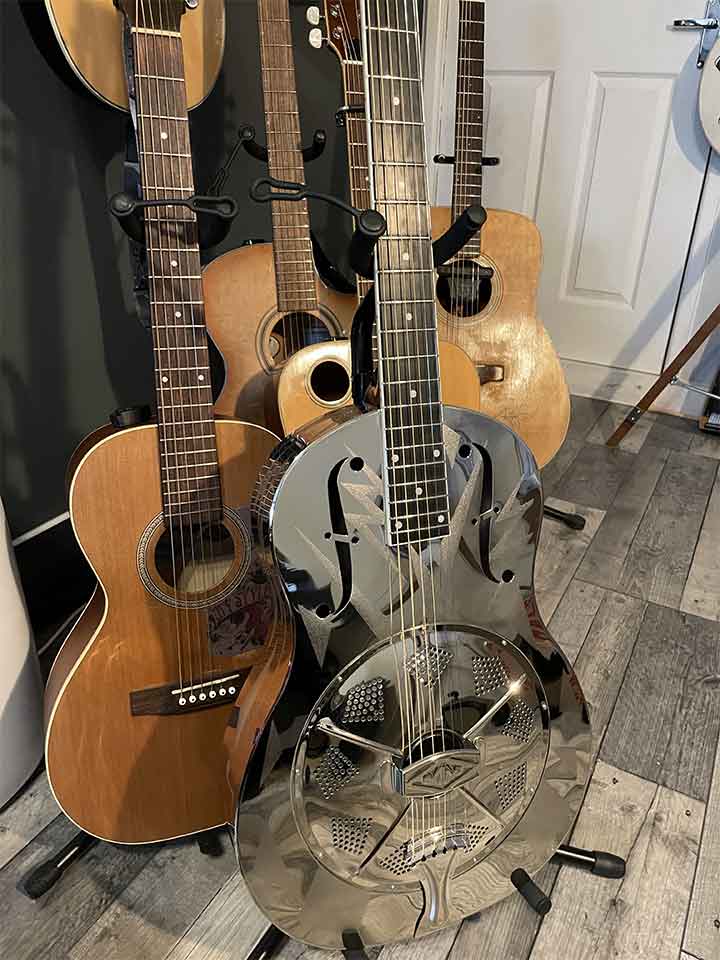 Approaching yet another birthday, I determined that I needed a resonator guitar in my life. For those that don't know, these strange creatures first appeared in the 1920s as a way of making guitars louder. As pickups were yet to be invented, a chap named John Dopyera responded to the need by attaching resonator cones to the bridge. He co-founded the National String Instrument Corporation to create the iconic National guitar, as immortalised in Paul Simon's superb line, "The Mississippi Delta was shining like a National guitar." Dopyera went on to found the Dobro Manufacturing Company, giving birth to the name often applied generically to resonators - the dobro.

Although the initial intention was just to make guitars louder, resonators proved to have a tone quite unlike a conventional acoustic. With the advent of all-metal versions, it became even more distinctive, kind of like a lonesome drainpipe in an empty gasometer. Some time later they became the weapon of choice for Mississippi bluesmen.

So this was what I wanted as my birthday present to myself. Research began...

It turns out that you can buy an authentic-looking example for around £500, but a dig around the forums showed that most were regarded as RLOs - resonator-like objects. I found a few recommendations for the Gretsch Honey Dipper, which seemed like a decent bet, but then I found mentions of Michael Messer. He's one of the world's most highly regarded slide guitar players, with vast experience of resonators. And he produces a small range of hand-made instruments. They're built faithfully to the original National spec and materials, and each one is individually set up by the respected Dave King music. And their reviews were stratospheric.

Their prices, however, aren't.

Michael's company makes guitars that would easily justify price tags well into the thousands, but he's committed to bringing top-quality resonators to the world for under a grand.

Sold. The website doesn't feature a buy-online shop, so I sent an e-mail that began "Hi guys...". The reply began, "Hi Jem, there aren't any guys, only me..." When Michael discovered this was a selfie birthday present, he asked for my date of birth; why? because he only went and personalised the serial number. 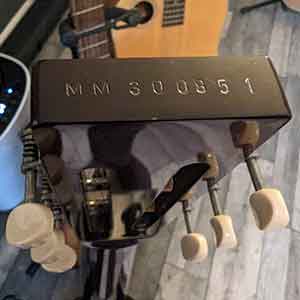 The guitar arrived and has exceeded every expectation. As did the phone call from Michael to check everything was in order. We chatted for ages; what an amazingly nice guy.

So here's my Michael Messer Lightning, and it's incredible. The build quality is exquisite, and the sound - or rather sounds - are from another world. You'd never believe a heavyweight chunk of nickel-plated brass could be so expressive. The weirdest one came up on one of our Monday-night pub jams. My mate Woody said, "I can hear another voice". Sure enough, when I sang in a certain range, the Lightning joined in. Yes, it even sang the words! I understand from Mr Messer that this isn't uncommon - he has a wall of the beasts and often records in front of them to get free backing singers.

It's rare to come across something so special, rarer still to find something priced so far below its true value, and virtually unknown to buy it from a true gentleman. Michael plays these days with a remarkable fusion band called Mitra - check them out here. for me, though, it has to be his nothing-to-prove slide style - here.